The unemployment rate hasn't changed, with a record-breaking number of people in the workforce. 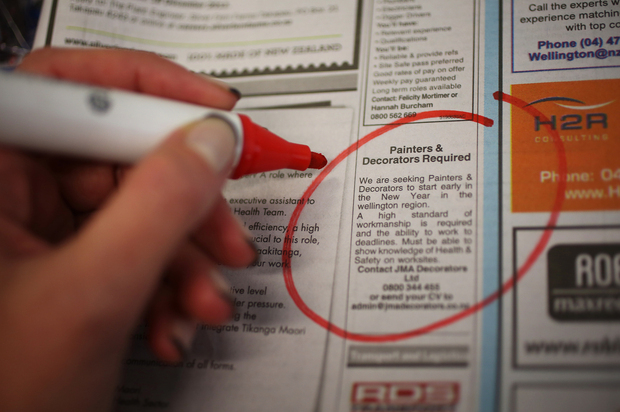 Official figures show the number of people out of work stood at 5.8 percent - or 146,000 people - in the three months to March.

The number of people in the workforce reached an all-time high of 69.6 percent, while employment grew by an annual 3.2 percent to more than 2.3 million people.

Statistics New Zealand said the largest increase came from 20 to 34-year-olds, who accounted for nearly half of this year's increase.

Meanwhile, the New Zealand dollar was down a cent against the US dollar, with weaker than expected wage inflation expected to prompt the Reserve Bank to cut interest rates sooner than later.

Latest statistics indicated wages rose just 0.3 percent in the March quarter and 1.7 percent for the year ended in March.

He expects it would cut the OCR by as much as half a point, from 3.5 percent, with a quarter-point-cut in September, followed by another in October.