Xero's share price has tumbled after the company almost doubled its annual loss to $69.5 million, with disappointing progress in North America. 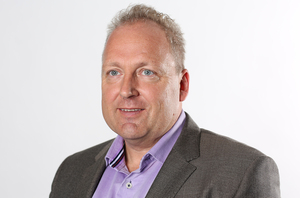 However, the cloud accounting software company said revenue was up 77 percent to $123.9 million in the year to the end of March.

Xero chief executive Rod Drury said the company's New Zealand and Australian operations were profitable, but it was still early days in other markets.

Xero has started the current financial year with strong cash flow of nearly $269 million, which includes the $147.2 million it raised last month.

He said the company would use the funds to continue its expansion with investment in product development, sales and marketing.

While the company has just recruited a new global management team, its chief financial officer, Douglas Jeffries, has resigned after just two months in the role.

Mr Drury said it was a tough role, but there was a strong management structure in place and Ross Jenkins would continue in the role until the company found a replacement.

Xero's share price has almost halved over the last year and after midday on Friday it was down nearly 9 percent.