A bankrupt person's KiwiSaver account is now safe from their creditors, thanks to a Court of Appeal ruling. 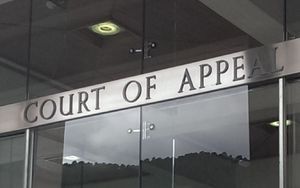 A unanimous decision by the court has clarified a previously grey area of law.

It has ruled that people who are declared bankrupt cannot be forced to give up savings made through the government's savings scheme.

A partner at DLA Piper who acted for Trustees and Executors in the case, Rachel Taylor, said the ruling provides clarity for the industry.

"It hasn't been clear for many years whether the Official Assignee had rights to seek accounts of bankrupt KiwiSaver members.

"I guess the last two or three years the trustee industry has realised that there was an issue there and I think for that reason the Official Assignees took a test case to try and get a resolution."

Ms Taylor said the case also showed there was some scope for officials to use savings if people have intentionally hidden assets in their KiwiSaver account.

"For example if you knew you were about to bankrupted or were insolvent and you stored away assets into KiwiSaver that were in addition to what were your regular savings.

"There are protections for the Official Assignee around those types of transactions."

About 5,500 KiwiSaver members are currently bankrupt, with accounts totalling more than $27 million.