International dairy prices are close to the bottom of the price cycle but not there yet, according to one economist. 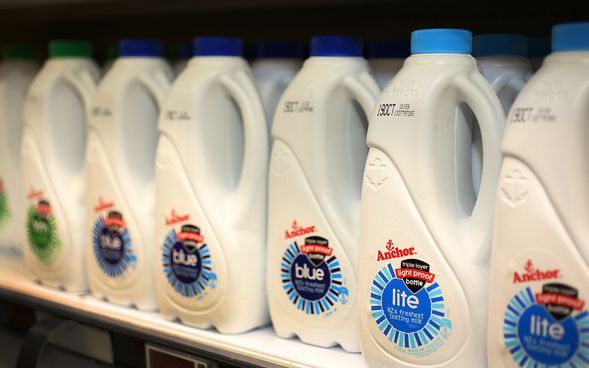 At the overnight auction, dairy prices fell by 3.6 percent to an average price of $US2620 a tonne.

ANZ rural economist Con Williams said there was a risk that prices could fall further.

"Buyers have been quite well-stocked, well into the second quarter, and there's a whole lot of uncertainty and opinions around European supply post-quota removal," he said.

"Buyers have been able to sit on their hands and take a wait-and-see approach to European supply.

"It will be interesting to see how it develops from here. You kind of get the sense we are near the bottom of the cycle but perhaps not quite there yet."

AgriHQ analyst Susan Kilsby of AgriHQ said she also expected a further fall, as there was still a global over-supply of milk.

She expected supply and demand to come back into balance within six months or so, allowing prices to pick up again.

Ms Kilsby said a good sign was the fact the dramatic drops were slowing.

"Whole milkpowder prices didn't come back quite by as much as we expected," she said.

"Ahead of the auction, the NZX Dairy Future's market was indicating they could be back by as much as 5 percent so didn't come back quite by that degree.

"The other positive factor was that bidder numbers were up at the auction, there was sort of an extra 20 percent of people participating in the auction but certainly not enough demand there to turn around the price decrease at the moment."

Federated Farmers dairy chair Andrew Hoggard said the latest dairy price drop made the prospect of a lift in farmers' milk prices this season even less likely than it was earlier.

As well, it reduced the likelihood of an increased advance rate in the payout for next season.

The new dairy season starts in June, and Mr Hoggard said farmers struggling with the low milk price should to talk to their banks and accountants.