Consumers are ditching their borrow-and-spend ways and learning to live more within their means. 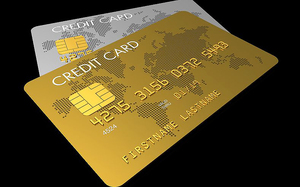 Official figures show spending on credit, debit and charge cards in the first three months of this year rose 2.7 percent, the strongest pace in nine years.

But ANZ senior economist Philip Borkin said the latest card spending figures also showed that while households were opening their wallets wider, they were also becoming more prudent with their money.

"There does appear to have been a behavioural shift since the economy came out of recession.

"Households - rather than spending beyond their means and borrowing to fund consumption - they have really been spending out of income growth."

Mr Borkin said income growth across the whole economy had been relatively strong and that was likely to continue, while credit growth would remain modest.

He said high house prices, especially in Auckland, were giving some people more confidence to buy bigger ticket items such as appliances and cars. But overall spending was relatively restrained.

"Houses aren't being used as ATMs like they were in the early part of this century. It's more a case of spending within one's means."

Meanwhile, even though spending on cards got off to a strong start for the year, Philip Borkin said that might start to tail off as spending in the rural sector was hit by falling dairy prices.