Energy companies are gritting their teeth and pressing on with the search for oil, despite tough conditions forcing them to work hard to be be profitable. 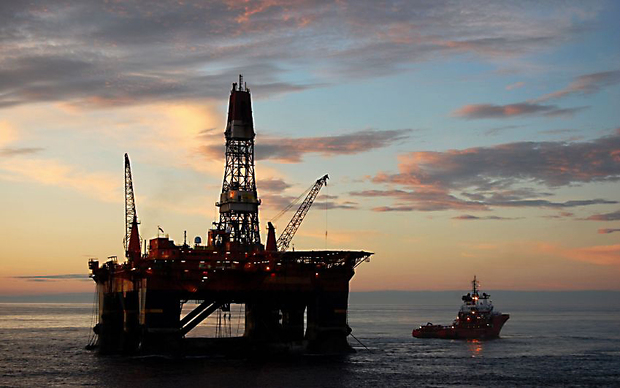 They are being asked to respond to the Government's latest invitation to make new bids for oil exploration: the so-called Block Offer 2015.

This is despite low prices on world oil markets cutting profits to the bone.

At stake are seven new areas in Taranaki, the West Coast of the South island, the sea off Northland, Canterbury, Wairarapa and elsewhere.

The scheme is being run by New Zealand Petroleum and Minerals, a branch of the Ministry of Business Employment and Innovation.

Jono Weir is a senior executive in this department and said the level of interest in this matter proves the oil exploration industry is in good heart.

Mr Weir said industry participation in this scheme is improving: the number of accepted bids from oil companies rose in two years from 10 to 15, and the winners' committed expenditure for exploration rose from $68 million to $110 million.

But there is no guarantee that this sort of growth will continue.

He said over $60 billion have been wiped off cash flow from oil companies this year alone, which will have a dramatic impact on future investment decisions by these firms.

Mr Howell said the United States is producing too much oil and the rest of the world is not consuming enough.

That made the price of oil plummet more than over 50 percent in under a year, disincentivising the search for more.

But Cameron Madgwick of the Petroleum Production and Exploration Association said oil companies here will press on, despite the hardship.

He said the search for oil was a long-term game for them and they will carry on regardless of fluctuations in the price of oil.

One company that is pressing on is Anadarko.

This Houston-based giant recently had two drilling failures in waters off north Taranaki and north Otago.

But its Asia Pacific exploration manager for Asia Pacific John Gordon said prospects were looking better off the east coast of the South Island, and there could be another well drilled there in 2017.

This work is in areas that Anadarko has bid for in previous offers.

It is not commenting on the latest offer - nor are any companies, preferring instead to study just what is on offer and how rich it potentially is.