Economists are picking robust economic growth in the last three months of 2014, driven by domestic activity.

A broad measure of the health of the economy, gross domestic product figures for the December quarter will be released on Thursday. 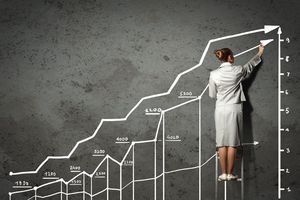 A Thomson Reuters news agency poll has economists picking the economy expanded 0.7 percent in the quarter, and 3.2 percent for the year.

He said the growth was likely to be based on activity in the service sector, while the goods sector and agriculture production were subdued.

"But stepping back and looking at the big picture, 0.7 percent growth in a quarter, something around 3 percent annual, that's still very rock solid stuff," he said.

Mr Bagrie said the effect of the drought would start to show up in GDP figures for early 2015, when weak export performance was expected as a result.

The current account deficit for the December quarter is also due to be released this week and Mr Bagrie said it was expected to widen due to the lagged effect of last year's fall in dairy prices.

He expected a deficit of about $2.9 billion.

A Reuters poll has the current account deficit rising to about 3.3 percent of GDP.