Retail spending using electronic cards has snapped three consecutive months of decline, with people spending more on eating out and durable items like furniture and appliances. 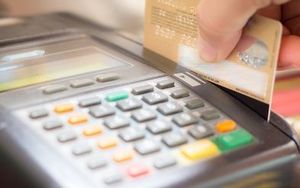 Statistics New Zealand said people spent more on most things, including fuel, which rose for the first time in three months, due to rising prices.

"Overall it's a pretty good result for the retail sector," he said.

Compared to a year ago, the pace of core spending rose by nearly 7 percent.