NZX ended the year with a big, new, bright and shiny bell, just in time to ring in the debut of retirement village company, Arvida - the 16th and final new listing for 2014. 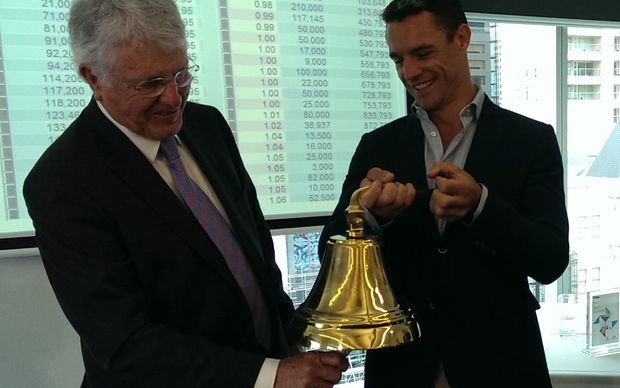 The purchase of the new bell followed the week-earlier debut of the childhood centres and home-based childcare business Evolve.

Chair Norah Barlow was rather underwhelmed by the relatively puny size of the former NZX bell, and quipped that she would have brought her own along, if she had known.

NZX chief executive Tim Bennett did not need to be told a second time and a new bell was acquired in time for the Arvida listing.

But the larger size appeared to overwhelm the Arvida chair, Peter Wilson, who was an old hand at bell ringing.

He managed just a weak first strike of the bell, as the company was officially listed, before being urged by the crowd to give it another go.

Mr Bennett mused that Mr Wilson might have been afraid to injure the rugby star, All Black, Dan Carter, ahead of the World Cup, as he had the honour of holding up the rather weighty bell.