Refining New Zealand has had several factors outside its control go its way in July and August - but chief executive Sjoerd Post is not sure whether they will continue. 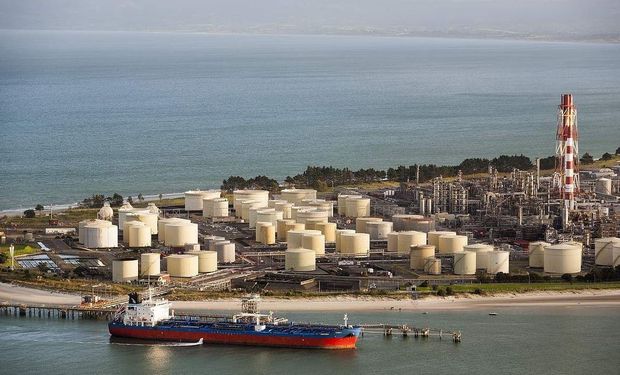 New Zealand's only oil refinery was able to lift its gross margin for July and August to $US6.75 a barrel - a $7.30 uplift over negative Singapore margins and up from just $US3.72 a barrel in May and June.

Mr Post said the measures the refinery had taken to improve margins added about 90 cents a barrel in July and August, above the planned 66 cents.

He said he could not be certain whether current lower Brent prices would continue; about 40 percent of the refinery's crude is priced from Brent.

"The reason for that is that the US, through its intense fracking programme, is now producing about two million barrels per day more crude than it used to, and that is backing out a lot of Brent-like crudes in world that were going to the US and now need to find a new home."

Part of the improvement in margins was also due to work the company had done during the past few months, Mr Post said.

Meanwhile, the company is facing strike action by its workers which could cost it between $8 million and $9 million in processing revenue.

Two unions plan to walk off the job for two days next month over pay and conditions, meaning shutdowns at the Northland plant.

Both the First Union and the Engineering, Printing and Manufacturing Union plan to strike at the Marsden Point Refinery on 7 October and 8 October.

While 160 workers are due to strike, the company said it will continue to operate its pipeline to Auckland during the shutdown.

Although the action is only due to last two days, the plant will have to be stopped and restarted, and disruption is expected 11 days.

That would lead to a loss of processing fees charged to the petrol retailers.

Refining New Zealand said it would not comment while talks are underway with the union, and that it continues to bargain in good faith.