Consumers spending in the hospitality sector was the main reason for a 0.5 percent rise in retail spending, using electronic cards, in August. 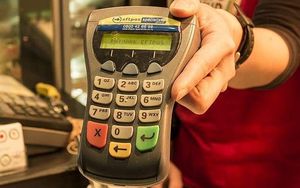 Spending in the hospitality industry rose 1.3 percent, or $9.8 million in seasonally-adjusted terms compared with July.

By contrast, spending on fuel fell 0.4 percent, taking core spending, excluding the vehicle-related industries, to a 0.6 percent increase in August, and a 4.5 percent increase, from August last year.

"We saw a fairly modest increase in card spending over August. In the core retail sectors we saw 0.6 percent growth and that really translates to annual growth running in the four to five percent range which is quite a lot lower than it was certainly before the finanical crisis.

I think it reflects the fact that even during the recovery it certainly hasn't been boom time for retailing. Some of it is just very subdued inflation as well so we're not getting price increases as rapidly as we once were."

In unadjusted terms, 119-million transactions were made across all industries in August, with an average value of $50.

The total amount spent across all transactions was $6 billion.