Sky Television has lost the rights to the US PGA golf, the European PGA Tour and the Asian Tour for next season.

The pay television operator notified the New Zealand share market it had been unsuccessful in a bid to renew the rights for the three tours.

The three tournaments represented 1.1 percent of the total viewer hours across all of the pay television's channels last year.

Chief executive John Fellett said Sky TV put in its biggest bid yet but the PGA organisers said the issue was not a matter of money, but a decision to try something different.

"They wanted to experiment with offering direct to consumer approach," he said. "We will rotate that money back into other content, to hopefully increase viewership and Sky Sports peer subscribers."

Mr Fellett says the company still has the rights to US Masters, the British Open and the Australian Open. 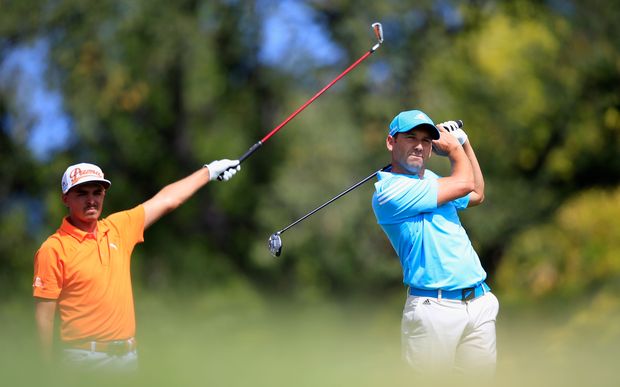 Rickie Fowler of the United States (left) and Sergio Garcia of Spain during the BMW Championship tour event. Photo: AFP