International ratings agency Standard & Poor's has cut Fonterra's credit rating from A+ to A, saying its planned joint venture with a Chinese firm suggested a more aggressive risk appetite than it expected. 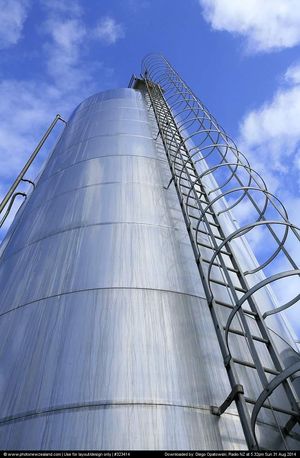 The dairy co-operative plans to invest about $615 million in a joint venture with the Chinese babyfood manufacturer, Beingmate, to help supply China's growing demand for infant formula.

Fonterra will also take a stake of up to 20 percent in Beingmate.

S&P credit analyst Brenda Wardlaw said this transaction was happening at a time when Fonterra was also investing $555 million in plant expansion and optimisation in New Zealand.

It was also occurring when global dairy prices were weak, and when Fonterra had cut its payout to farmers from $7 to $6 a kilo of milk solids.

Ms Wardlaw said the scale of the Chinese investment, relying on dividends from the equity stake rather than having direct control over cashflows, and the resulting higher debt, all weakened Fonterra's credit quality.

Although the outlook for the rating was stable, Ms Wardlaw warned if Fonterra were to make further material debt-funded transactions, particularly in more risky countries, that could put further downward pressure on the rating.

As a result, Fonterra is expected to face higher interest payments.

"It is a very, very high credit rating so I don't think it will make it much more difficult for them to do it.

"I think this is more of a warning shot from S&P that if Fonterra continues to invest in this way, where it has less control over its assets than it has done historically, that it may continue to see a downward trend within that rating."