Nervousness about the high New Zealand dollar and difficulty in finding staff are contributing to a decline in business confidence. 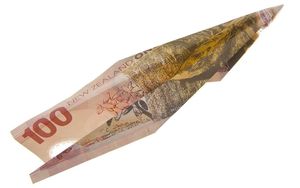 The Manufacturers and Exporters Association survey for July indicated confidence fell 8 points to zero, as total sales in July fell 8 percent over the same month, a year earlier.

NZMEA chief executive John Walley said domestic sales struggled in July off the back of a very positive result in the June survey.

However, he said that while exports fell back from recent months, they remained in positive territory.

Mr Walley said the widening in the current account deficit was a major concern in future.

Staff numbers for July increased by 2 percent in July but tradespersons, operators, labourers, supervisors, managers, professionals and scientists all reported a moderate shortage in filling positions.