Ports of Auckland near doubled annual net profit to a record $74 million after increasing both container and non-containerised cargoes. 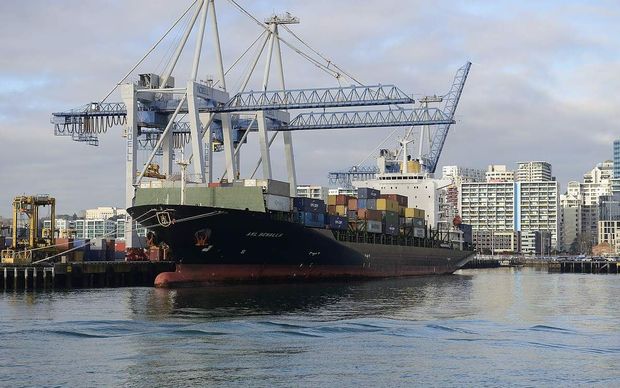 Ports of Auckland's Tony Gibson said the year had been outstanding but the next would be challenging. Photo: PHOTO NZ

Container volumes through the port were up more than 18 percent while non-containerised cargoes rose 26 percent.

He attributed the greatly improved result to increased productivity resulting from restructuring which began in 2011; Mr Gibson joined the then-poorly performing ports company in February 2011.

He said Ports of Auckland was now one of the most efficient ports in Australasia, with ships turning around 44 percent faster than they were in 2010.

"It's an outstanding result, and one that we're very pleased with," he said.

"But the underlying drivers are our people, certainly a change in culture.

"We're really focussing on continued improvements in productivity and making sure that we do have efficiency improvements, so that we do provide the customer with a far more efficient means of working."

The strength of the economy was also a major factor, and across all streams of the business there was growth of 20-26 percent, Mr Gibson said.

However, he warned that the current year was going to be challenging, largely because of the Maersk shipping service, which has moved to Tauranga.

Mr Gibson also said the recovery in container volumes in the year just gone was off a low base.

Nevertheless, Ports of Auckland would be investing further this year in projects which should help it to lift productivity and capacity further.

The port's net profit for the year ended June was $78.3 million.

But, stripping out last year's $35 million gain from selling its 50 percent share of the freight logistics company, C3, the result was about 1 percent higher than the previous year.