An analysis of traffic flows in July indicates the economy shifted down in the second quarter of the year ended June, but growth remains very robust for the rest of the year.

ANZ Bank's Truckometer measures the traffic flow on certain New Zealand roads to provide a quick snapshot of how the economy is doing in terms of production and momentum. 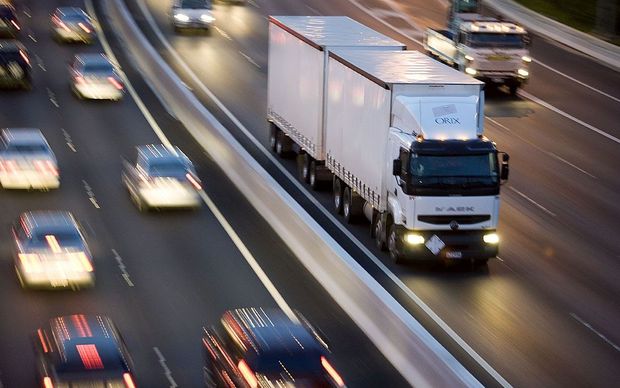 An analysis of traffic flows for July signals ongoing strong economic growth for the rest of the year. Photo: PHOTO NZ

The heavy traffic index, which primarily measures agricultural freight traffic, ticked up a gear to 2.6 percent in July, indicating a good start to the third quarter.

The light traffic index, which measures the flow of cars and other light vehicles, was steady in July, after falling 0.8 eight percent in June.