The International Monetary Fund is worried conflict in parts of the world could hurt global economic growth in the coming year.

The Washington-based organisation cut its forecast of growth from 3.7 percent to 3.4 percent this year, only slightly higher than what the world's economy could muster the previous year. 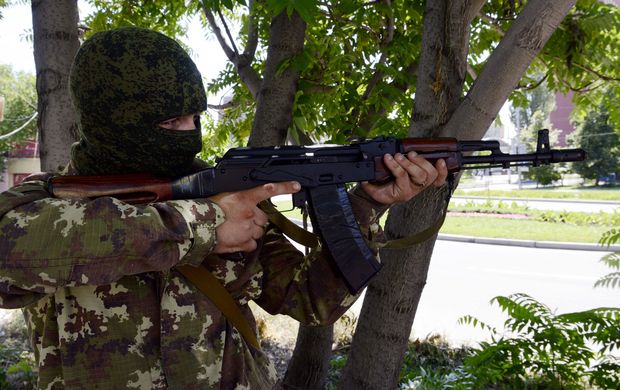 A pro-Russian militant aims a Kalashnikov during the combat with Ukrainian forces in the eastern Ukrainian city of Donetsk on July 21, 2014. Photo: AFP

The lower forecast for this year was mainly due to a harsh winter dampening demand in the United States, and a sharp decline in activity in Russia following the imposition of sanctions over the Ukraine crisis.

The IMF remained optimistic about growth next year, which it left untouched at 4 percent.

For example, he said if Russia cut gas supplies to Europe, then that would be bad for all.

"The thing that clearly has been on the mind of many people is cutting gas supply. That would be a fairly major event," he said.

"The Russians would be shooting themselves in the foot if they did this but they might want to do it."

China's forecast growth fell slightly but many analysts are confident the Asian giant's growing demand for dairy and meat products will continue to underpin growth in New Zealand.