The China Construction Bank has gained a banking licence to operate a branch in New Zealand.

CCB is the fifth largest bank in the world with nearly 15,000 branches.

The Chinese bank will in due course offer products and services ranging from corporate banking to retail banking services.

It says the steady growth in trade and investment between China and New Zealand provides it with opportunities.

Chair of the new bank, Dame Jenny Shipley, said facilitating trade between New Zealand and China would be a major focus.

She said it was also interested in supporting infrastructural investment and any other mergers and acquisitions activity that clearly supports the bank's criteria. 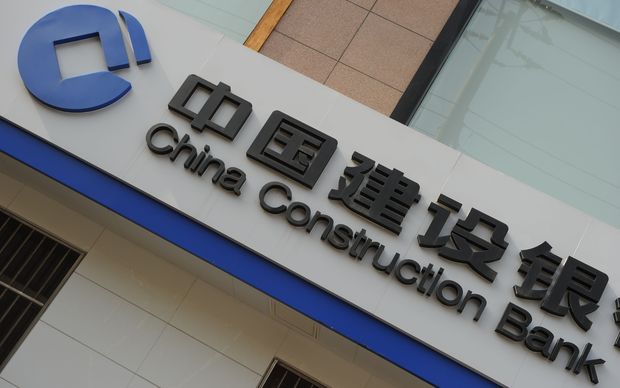 CCB is the fifth largest bank in the world with nearly 15,000 branches. Photo: AFP