The Warehouse says it expects its annual profit to be lower than it was predicting back in March. 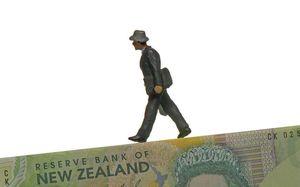 Chief executive Mark Powell said his company's net profit for the year will come in between $59 and $62 million, down from the previous forecast of between $67 and $71 million.

Chairman Ted van Arkel said he believed the company was facing a particularly difficult seasonal trading environment but the company had a brighter long term outlook.