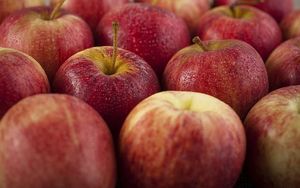 The Christchurch-based company is planning an initial public offering, and a listing on the New Zealand stock exchange. The sale will include both existing and new shares.

Private equity investor Direct Capital, which owns 84 percent of the company, is looking to sell many of its shares but is expected to keep about 20 percent.

Direct Capital bought its Scales stake through the receivership of South Canterbury Finance.

Forty-five percent of Scales' apples are exported to Asia, the Middle East, and India.

Scales says demand from these markets prompted the company to replant orchards to grow apple varieties they wanted, such as New Zealand Queens, Pink Lady, and Royal Gala.

Managing director Andy Boland said it was a slow process, but a quarter of the company's orchards have now been redeveloped to concentrate on varieties which suit the Asian markets including New Zealand Queens and the redder sort of Fuji, Pink Lady and Royal Gala.

The company hopes to be listed on the NZX in July.