Horizon Energy has posted a four-fold increase in annual net profit to $7.2 million as it recovers from the collapse of Mainzeal.

The electricity lines company took a $3 million hit in the year ended March 2013, when its construction services arm, Aquaheat, suffered from the Mainzeal receivership.

However, Aquaheat bounced back in 2014, accounting for $37.8 million of Horizon's revenue, offsetting a fall in sales from its core regulated business which was down by $0.9 million.

Horizon was forced by the corporate regulator to slash its electricity line charges and profit was also hit by lower power consumption and the company having to refund customers following a breach of regulated price rules.

Horizon has also increased the depreciation of its assets as it increases investment in its network.

Chairman Rob Tait said the company was shifting its focus away from its core regulated business.

Mr Tait said the company's growth strategy was acquiring businesses that were not subject to regulation. "That's working well for us."

A dividend of 9 cents a share will be paid in June, taking the annual payout to 15 cents. 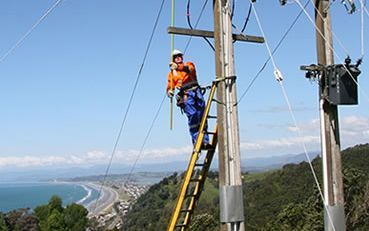