Moa Group made a net loss of $5.8 million for the year ended March, in line with its previous indications. 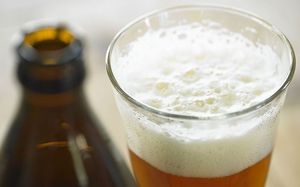 Brewery revenue for the full year was $4.6 million with cash reserves of just over $4 million as at 31 March.

Chief executive Geoff Ross said the first six months were particularly negative for the company across all measures.

However, distribution changes have put the company back on the right track.

Mr Ross said Moa is now the fastest growing of the top five craft beers in New Zealand and is the largest New Zealand-owned beer brand.

Chairman Grant Baker said the major shareholders are commited to providing financial support to enable the company to continue its growth plans and capitalise on opportunities.

He said appeals to Moa's resource consents for expanding its Marlborough Brewery have significantly delayed production expansion plans, resulting in a decision to enter into a long-term contract brewing agreement with McCashin's Brewery in Nelson.

Mr Baker said this accessed significant brewing capability for the company and gave efficiencies of scale without significant capital investment.

He said the company sees a major opportunity in Australia, where a recent collaboration with Shane Warne has the brand partnered with major national retailers.