Standard & Poor's has raised its credit rating for Heartland Bank. 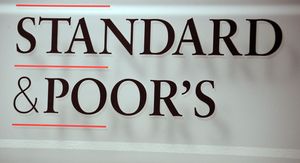 The international ratings agency now rates Heartland as BBB, up from BBB-, which is the lowest rating the Reserve Bank requires in granting banking status.

S&P said the upgrade reflects its view that Heartland's business position has strengthened over the past three years and its move away from property lending.

The bank had also made progress in exiting property lending and reducing residential mortgage lending.

Heartland chief executive Jeff Greenslade said S&P had endorsed the company's strategy and he hoped the upgrade will lead to lower funding costs for Heartland.

The outlook for Heartland's rating is negative, but that reflects S&P's view of New Zealand's banking system as a whole, rather than any concerns about Heartland itself.