Trade Minister Tim Groser says New Zealand may be open to a Pacific-wide trade deal that does not abolish tariffs on all agricultural goods. 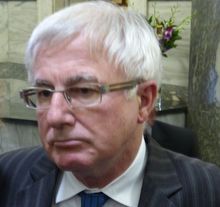 Efforts to conclude the TPP in Singapore this week failed again, though analysts had not expected any breakthrough.

New Zealand wants full liberalisation in the TPP talks, but Mr Groser insists he's not backing down, saying he will agree on the tariffs only if Japan and the United States prove they can show another way to achieve a high-quality agreement.

That's disappointed farmers, but they appear resigned that this may be the best way to secure a deal.

TPP opponents say New Zealand now stands to get nothing, except a loss of national sovereignty.