The governor of the Bank of England says the British housing market has deep structural problems which pose the biggest current risk to the economy. 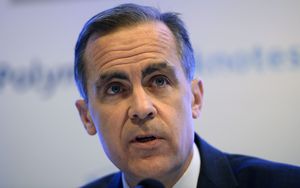 Mark Carney has told Sky Television the issue around the housing market in the UK is there are not sufficient numbers of houses being built. He noted that the number of large mortgages being approved is on the rise.

Mr Carney said the bank could not build a single house but it could influence whether the banks have enough capital against risk in the housing market.

He said the bank could also check lending procedures so people can get mortgages if they can afford them but they won't if they can't.

Mr Carney said there was evidence that large mortgages, where house-buyers are given loans up to four times their salaries, were on the rise again.

Last week the bank played down the chances of an imminent rate rise despite fears of a growing house price bubble.