Sales of houses plummeted in April, at least partly due to the Easter, Anzac Day and school holidays, but prices continued to rise, reaching new records. 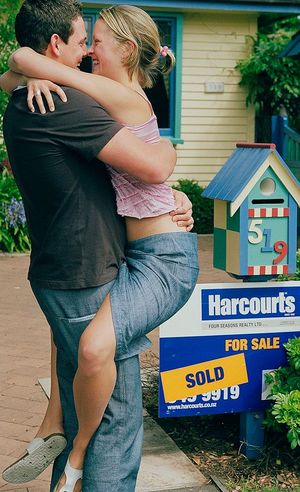 The April holidays meant the joy of selling was no so widely felt. Photo: PHOTO NZ (file photo)

Easter fell in April this year and March last year.

"It looks like sales were down once you try to adjust for the effects of Easter,'' he said.

"There may still be a little bit of residual weakness, given that we had a week where Easter and Anzac Day fell into the same week...that effectively turned into a bit of a week-long break for some people.

"I think we are going to see little bit of softness for April in quite a lot of places, including what we saw in the housing numbers," Mr Gordon said.

"Prices - on the other hand - they don't affected by the timing of Easter, and they're still holding up reasonably well, though the pace of house price growth has slowed since the start of the year".

The institute's house price index, which attempts to smooth any skewing effect from differing volumes of sales in varying price brackets, was up 0.1 percent in the month and up 8.5 percent in the 12 months ended April.

That's widely attributed to the Reserve Bank's restrictions on lending to people with small deposits which have disproportionately affected first home buyers.

Real Estate Institute chief executive Helen O'Sullivan said the organisation was having discussions with the Reserve Bank, which helped formulate the methodology behind the index, on whether this phenomenon was skewing the index.