The Motor Trade Association is celebrating the best vehicle sales since before the Global Financial Crisis. 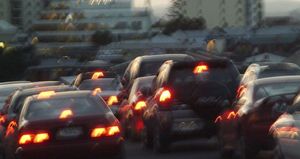 It says there were 18,767 new and used car imports in April.

That was the best April figure since 2005, which was in the middle of the boom before the global financial crisis.

Slightly more than half the sales were used imported vehicles.

Sales in the year so far are one fifth higher than they were in the same period last year.