The number of people choosing to make purchases online internationally and domestically continues to grow but the momentum has tapered off. 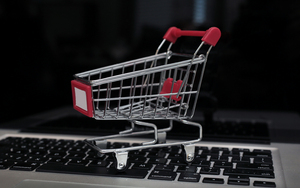 The Bank of New Zealand's online retail sales index for total digital purchases for March was up 9 percent compared with the same month last year.

But the seasonally adjusted three-month moving average was flat between February and March, indicating growth has lost momentum.

On an annual basis, the growth rate has been below 7 percent for five of the last seven months.

International purchases were 15 percent higher but this has eased from about 20 percent.