The Commerce Commission has moved to fix an anomoly in the pricing of Chorus' copper wires which will reduce Chorus' operating profit this year by up to $10 million. 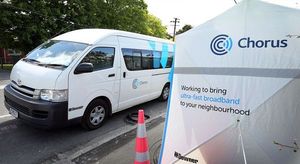 The ruling will reducing operating profit by about $6 million a year.

The decision equalises the pricing for use of the copper wires by retailers who install their own equipment in exchanges, which affects about 100,000 lines, and the general use of the wires for voice services.

Chorus says its guidance for profit for the 12 months ending June remains the same at flat to a low single digit percentage decline in operating profit from the 654 million dollars it posted last year.

The telephone lines company says the latest ruling means the outcome is likely to be in the middle of that range.