Microsoft is stopping support for its popular XP system from Tuesday, 8 April.

It's estimated some 260,000 machines or about 7 percent of New Zealand's computers still run the system.

Institute of IT professionals chief executive Paul Matthews says the announcement doesn't mean that Windows XP will stop working, but it does mean Microsoft won't be responding to problems with its operating system. 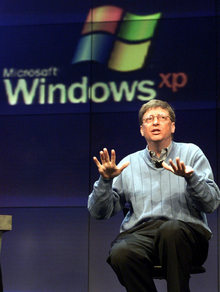 "If somebody from this point finds some way of being able to hack in and access your personal data for instance, then there's not going to be a patch released from Microsoft," he says.

Microsoft's marketing and operations director Fraser Scott says the patches fixed issues or problems that had been identified with the operating system.

He says patches were issued if there were any problems with the way the product was performing, or if there are security vulnerabilities that have been discovered, or updates to enable it to work with more modern equipment.

Mr Scott says by switching off support there could be security concerns for people with XP.

"This could mean that customers' machines start performing poorly and it could also mean at the extreme, a loss of data or data being hacked that could be private photos, business papers, homework, it could be finance records."

Mr Scott says Microsoft has provided XP support for 12 years, much longer than the industry standard of five years and Microsoft's own standard of 10 years.

People still running XP are advised to update to Windows 7 or 8, although doing so will cost several hundred dollars.

Radio New Zealand runs XP on more than 200 of its 276 computers.

IT manager Michael Parsons says there's no immediate threat to RNZ because it has good security systems in place.

But he says upgrading to Windows 7 will be a big task because a lot of the company's hardware won't run Windows 7.

He says a lot of PCs and software have to be replaced, speciality tools that only run on XP, so its a case of finding replacement software to achieve the same tasks. "It's a huge job."