A virtual recruitment fair is hoping to attract hundreds of international candidates to IT jobs in New Zealand in a bid to fill the skills shortage facing the sector. 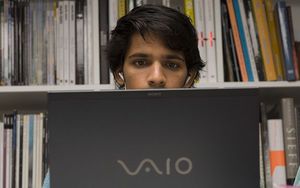 There are 10,000 IT vacancies in New Zealand. Photo: PHOTO NZ

An industry group estimates there are currently 10,000 IT vacancies, which companies are struggling to fill.

Thousands of IT workers from around the world are expected to dial into the the live streamed event on 31 March, where around 50 companies are advertising 200 jobs, as well as presentations from chief executives and industry leaders.

She says New Zealand is well behind in educating people to fill the shortages.

She says if the trend continues by 2020 technology will be the largest contributor to New Zealand's economy. Ms Kinser says there is a currently a deficit of nearly 10,000 people in the technology area and that will nearly double in the next six to seven years unless a way is found to get young people to take up these careers.

One of those companies which is finding it difficult to hire new staff is Christchurch-based Jade Software. It took on 30 new staff last year, and is currently recruiting for another 11.

Its managing director David Lindsay says the struggle to find the right workers is affecting his ability to grow.

And while hiring staff from overseas is one answer, he believes the longer term solution is closer to home.

Mr Lindsay says IT doesn't register very highly at a lot of high school's curriculum, and the industry needs to get into the community to support students to go into that sector.