Cooks Global Food is looking to start sourcing its supply of milk from New Zealand for its Esquire coffee houses around the world. 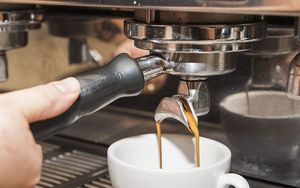 A barista preparing coffee in a cafe. Photo: PHOTO NZ

Cooks, which is listed on the NZX's alternative market, has signed a master franchisee agreement in Oman and Qatar which will mean at least 16 new Esquires Coffee Houses opening.

The new deal means it has commitments for more than 80 coffee stores in the Middle East.

Cooks is the exclusive supplier of consumables for its global business, including coffee, tea products, syrups and powders.

Chairman Keith Jackson said at this stage it acquires the dairy element of its product locally from the locations of its stores.

In the medium to long-term, he said the company would look at sourcing its milk supply from New Zealand.

Mr Jackson said it would be better for the brand because it would allow the company to deliver consistency internationally, as well as to focus on milk that was particularly suitable for coffee.

He said Cooks Global Food is also looking at opportunities in countries such as India, Turkey and other countries in South East Asia.