Unilever is moving to cut 58 jobs and shut a washing powder factory in Petone north of Wellington. The plant opened in 1919. 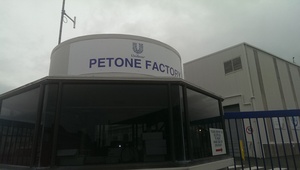 The company is aiming to shift production to Sydney and wants to make a decision on closing Petone before the new year.

Factory manager Neil Robertson told Checkpoint that consumers shifting to liquid detergent had led to a drop in the demand for laundry powder and the business is no longer viable.

He said the company will continue to employ about 150 non-manufacturing staff in its Auckland sales office.

The Engineering, Printing & Manufacturing Union says the closure in Petone has been in the works for a while.

It says long time employees will find it hard to get new jobs. Spokesperson Louisa Jones said many of the employees have been there for decades.