KiwiRail has narrowed its losses. The state rail company had a loss of nearly $175,000 for the 12 months to the end of June, compared with a loss of $2.3 billion.

KiwiRail says it was a challenging year, during which it sold its Dunedin Hillside workshops, restructured its infrastructure and engineering business and mothballed the Napier - Gisborne line. 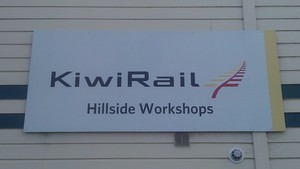 The company says it had to make these hard decisions to ensure the commercial viability of the business.

Annual operating profit exceeded forecasts, rising more than 3% to $108 million compared with the previous year, and above the company's guidance of $104 - $107 million.

The company says that's due to growth in its rail freight business, which transported more imports, exports and forestry products.

However, Solid Energy's difficulties and the affect of the drought on the milk season had an impact on bulk freight, which declined 7.4%.

KiwiRail says it's continuing to work with Solid Energy and is upbeat about freight growth, particularly if the milk season sustains its strong start.

The network was also hit hard by storm and flood damage to the tune of at least $2 million.