Wellington's commercial sector came through a recent strong earthquake largely unscathed - but one business estimates its damage at more than $100,000.

A Wellington Employers' Chamber of Commerce survey showed only 5% of about 1400 members intended to make an insurance claim as a result of the 6.5 magnitude quake on 21 July. 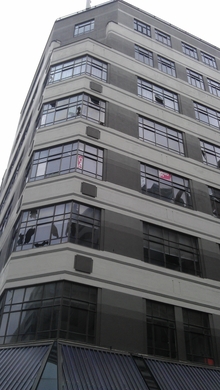 Nearly two-thirds of members said they were affected in some way, such as staff disruption, and half said their premises were closed while their buildings were inspected.

Chamber Raewyn Bleakley said most businesses reported being back on their feet quickly.

"The results were fairly much what we expected in that the vast majority of businesses have come through the quake very well but there are a small number who have suffered quite a bit of damage.

"Obviously, given the magnitude of the quake and the disruption that it caused to the CBD (central business district) area, that's in line with what we expected."

The survey showed Wellington businesses were well prepared to deal with earthquakes and other disruptions, Ms Bleakley said. They also gave good feedback about the flow of communication and how easy it was to access information through the radio, social media and website.

"We've obviously also recently had the storm in the last five weeks as well, and both of those events have been well responded to, both by the Wellington business community but also by the authorities.

"Our members, in the vast majority, were very happy with the authorities' response to the earthquake and that was part of our survey response as well. So ... we can say that Wellington is well prepared."

However, all businesses should see both events as a chance to review their emergency response and business continuity plans, Ms Bleakley said.