Wellington International Airport Ltd has bowed to pressure from the Commerce Commission and says it will review its landing charges in consultation with its airline customers. 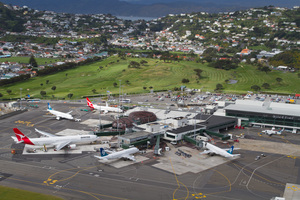 In February, the corporate regulator said Wellington Airport was earning millions of dollars more than was reasonable.

The airport's annual net profit jumped 81% to $16.2 million for the year ended March.

Chief executive Steve Sanderson said the current light-handed regulatory process is still in its early days and his company is learning as the process develops.

Mr Sanderson said usually consultation with the airlines would take place every five years, but this time Wellington airport will be consulting the airlines after two years to address the difficulties the Commerce Commission had with the company's future revenues.