About 80 people have protested outside the Sky City Convention Centre in Auckland where Prime Minister John Key delivered his post-Budget speech.

The protesters tried to get into the convention centre via three entrances but were blocked by police. No arrests were made.

Most of the group were students who marched from the University of Auckland to Federal Street.

They said the $9 million drop in tertiary funding would affect students struggling to pay for rent and food.

The Auckland Action Against Poverty group was also protesting and said the Budget had no solution to the poverty affecting thousands of New Zealanders. 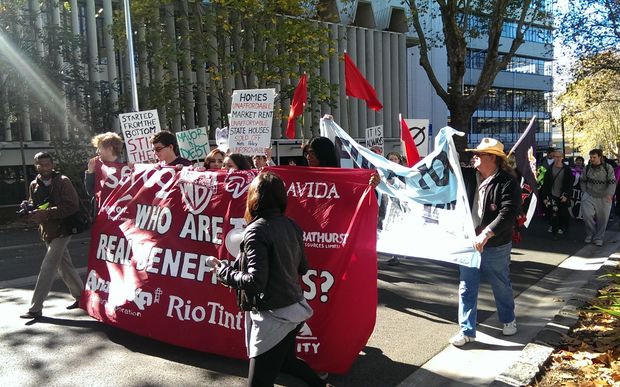 Auckland students march in protest at the Budget. Photo: RNZ