The economy is expected to grow at an average of nearly 3 percent a year over the next five years, due to the rebuilding of Christchurch, high commodity prices and rising immigration.

The Treasury is forecasting growth will peak at 4 percent in the March 2015 year, before easing back to 3 percent the year after and 2 percent each in the two years after that.

The Government's economic advisor said high commodity prices and immigration would boost growth in the near term but were likely to be temporary and, along with rising interest rates and a persistently high dollar, growth would ease over time. 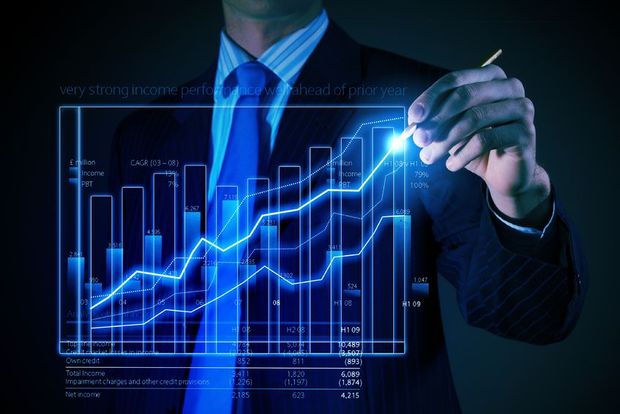 The current account deficit is expected to worsen to more than 6 percent of gross domestic product (GDP), due in part to the high dollar curbing exports.

Inflation is expected to remain subdued, remaining inside the Reserve Bank's target band of 1 to 3 percent.

The Government is picking a higher-than-expected surplus in the coming financial year, due to a faster-growing economy.

A budget deficit of $2.4 billion is expected in the June 2014 financial year, before moving into surplus by $372 million in the following year.

That is forecast to grow moderately, rising to $1.3 billion, $2.4 billion and $3.5 billion respectively over the following three years.

Net debt remains on track to to fall to 20 percent of GDP by 2020, after peaking next year.

The Government will lift new spending from $1 billion this year to $1.5 billion next year, and then by 2 percent a year.

Finance Minister Bill English said that was about the upper limit for increased spending without triggering further interest rate increases.

The Government is making it more attractive for people to take the step of starting up companies by reducing what it calls tax hurdles.

Two new tax measures have been introduced to support business research and development.

Changes in the budget will allow loss-making start-up companies to cash out all, or part, of their tax losses from spending on research and development.

That means they can claim back their money spent on research and development.

While all businesses will be allowed to deduct tax for spending on research and development projects which is currently neither deductible nor able to be depreciated.

The Government said the two initiatives were expected to return a net $58.1 million in tax to innovative companies over the next four years.

In contestable science funding, $56.8 million of operating funding will be up for grabs over three years, from July next year, to help bolster scientific research.

The Government said the contestable funding would provide more opportunities for more research projects of scale across institutions and industry.

It said high-quality scientific research was critical to increasing innovation and economic growth.

The new funding would add to the Government's goal of increasing public expenditure on science to just under 1 percent of economic growth as fiscal conditions allowed.

The cost of building a new standard house could be reduced by $3500 by reducing duties and tariffs on building products.

The reduction in duties and tariffs from this initiative would reduce Crown revenue by nearly $28 million over five years.

However, it said the savings to the residential construction industry would be considerably larger, at about $75 million a year.

New irrigation projects will be funded to the tune of $40 million through the Future Investment Fund, the fund shored up from the partial sale of sate assets over the last year.

The Government said if current proposals were advanced, there could be a further 420,000ha of irrigated land available for a variety of uses.

The Government drew on research from the New Zealand Institute of Economic Research which said this could boost exports by about $4 billion a year by 2026.

The Government has indicated there could be more room for further cuts to Accident Compensation Corporation levies, saying a possible reduction of about $480 million in 2015/16 could be on the table. However, it was dependent on public consultation.

The Government said it anticipated the bulk of the cuts would be for motor vehicle levies, as well as a possible levy reduction for employers and the self-employed.