The Budget surplus will stand up to scrutiny and the Government has not cooked the books, Prime Minister John Key says.

The Government has said the Budget, due to be delivered on Thursday, will include just under $1 billion of new spending and show a small surplus. 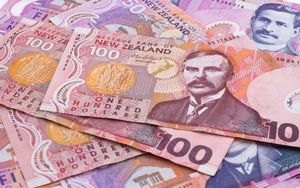 But the Labour Party has questioned whether money is being held back from the Canterbury earthquake recovery to make the books look better.

John Key said that was rubbish, and the surplus was the result of a huge effort.

"It's not the largest surplus in the world but it's quite a milestone to get there after the mess we inherited from the previous Labour government, and the predictions from Treasury that we would never get back to surplus anytime over the next ten years or more."

Mr Key said the economy had picked up because the Government had cut discretionary spending and improved efficiency.

But Labour leader David Cunliffe said his party was hearing that the Government would achieve a surplus only with smoke and mirrors.

He said Labour would be asking questions about whether money meant for Canterbury had been treated properly, or whether some of it had been held back from Crown entities to make the Crown accounts look rosier.