The Government has announced it will pay some beneficiaries a lump sum of $3000 to move to Christchurch to take up work.

The Prime Minister made the pre-budget announcement in Wellington on Tuesday. 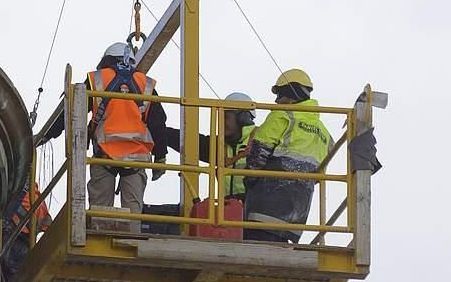 John Key said the one-off payment would be made to beneficiaries interested in moving to Christchurch or the surrounding areas.

To get the money, a beneficiary would need proof of a confirmed full-time job offer of at least 30 hours a week and for more than 91 days.

Mr Key said the initiative was about offering people new opportunities but it would not be compulsory for anyone to move.

"I don't think there'll be too many people realistically that are going to go through the process of getting a full-time job, actually physically moving down to Christchurch, getting the $3000 and then fundamentally having to pack up and go home, because they won't make a lot of money at doing that."

Funding of $3.5 million will be allocated in the Budget for the programme, which will operate for 12 months from 1 July and allow up to 1000 beneficiaries to access the grant.

Mr Key said outside Canterbury about 19,000 beneficiaries were required to be available for part-time or full time work in the 18 to 24 age bracket alone.

He said that part of the project would involve Work and Income promoting through advertising and direct marketing, job opportunities in Christchurch and surrounding districts to beneficiaries.

The Labour Party describes the plan as a recipe for disaster.

Labour's Canterbury Earthquake Recovery spokesperson Ruth Dyson said it was flawed, as there was simply nowhere for those people to live.

She said in one of the low-income suburbs in her electorate, Linwood, there were no houses to rent for less than $400 a week.

"I'm not sure how people will be able to come to Christchurch and get any sort of job and be able to afford, let alone find, rental accommodation. Our housing situation is out of control."

Mr Key acknowledged there were housing problems in Christchurch but he thought the city would adjust and beneficiaries moving there could be accommodated.

Sharon Torstonson, the executive officer of the Council of Social Services in Christchurch, said she could see both the potential and the pitfalls of the scheme.