A person who may have been diving has died at a Wellington beach. 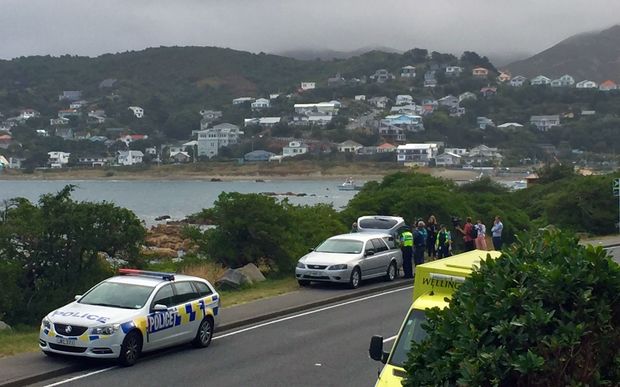 Police at the scene of the drowning Photo: Paul Eagle

Police and emergency services are at the scene of the sudden death off the Esplanade, in Island Bay.

The Wellington Free Ambulance said the person may have been diving near the beach.

Police said they had no further details at this stage.

Two divers have died in Wellington in recent months.

In January a woman diving near rocks in Wellington's Owhiro Bay died, despite attempts to resuscitate her.

In December, a 45-year-old male scuba diver was found dead on the sea floor on the south coast, near Red Rocks.

As well, the bodies of two crayfish divers were recovered near Great Barrier Island yesterday.