This year, Kim Hill and Paul Diamond (Curator, Māori, at the Turnbull Library) hosted a four-hour Waitangi Day Special from Puke Ariki in New Plymouth from 8.10am to 12:00pm.

Members of the Taranaki public were invited to be part of the audience for the live broadcast, and for the recording of the Korerorero on Sunday.

(Recorded on Sunday 5 February at Puke Ariki, including contributions and questions from the audience.)

Keri Opai is a kaiako and has taught te reo Māori for almost 30 years. He has been a lecturer, grammarian, interpreter, academic and local iwi radio presenter.

Kura Denness is a director of Te Atiawa Holdings, Te Atiawa Settlements Trust and PHARMAC and is on the Council of Massey University. She serves on the board of Taranaki District Health Board and Tui Ora Ltd, is a trustee with the Midlands Regional Health Network Trust and is on the committee of the local Institute of Directors in Taranaki.

Margaret Smith is a Treaty educator who has been running workshops for 17 years relating to the Treaty of Waitangi and cultural issues surrounding this. She also works as a counsellor at the Western Institute of Technology at Taranaki.

Tokatumoana Kevin Walden is chairperson of Taranaki iwi, director of Parininihi ki Waitotara Incorporation (PKW) and a local rugby coach. He was formerly regional director with Te Puni Kōkiri (Ministry of Māori Development), a team leader with Child, Youth and Family and a strategic planner and advisor with the Department of Conservation relating to Treaty settlements.

Dee Turner of Korito Education teaches organic horticulture classes and runs workshops on her property situated at the base of Mount Taranaki. She is also the Organic Farm NZ Taranaki Certification Manager. She built a solar oven during the programme. 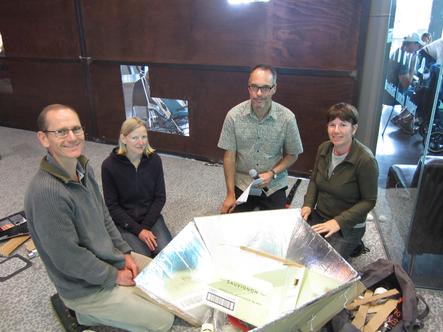 From right: Dee Turner with presenter Paul Diamond and two of her students, and her hand-built solar oven.

Rachel Stewart is a columnist for the Taranaki Daily News and the Waikato Daily Times, an avid falconer and former farmer-turned-environmentalist. She was the first female train driver in New Zealand.

Glen Bennett is a New Plymouth community worker who provides a home for troubled teenage boys. Glen is also involved with running youth and cultural events, has his own mobile coffee business and is a musician.

Johannes Krook & Willy-Louisa Krook
Dutch couple who lived through the Second World War in Holland and moved to Taranaki in 1964. They recently attended the opening of the ‘Anne Frank: A History for Today’ exhibition at Puke Ariki. 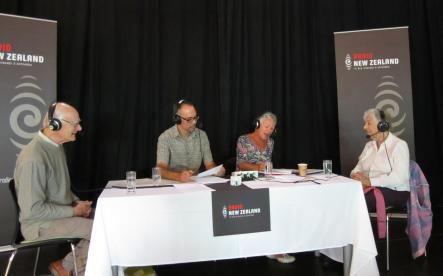 Wayne 'Arch' Arthur is one of New Plymouth’s original surfers who has been involved with surfing for 50 years. He’s also a surf shop owner and local surf radio show host. 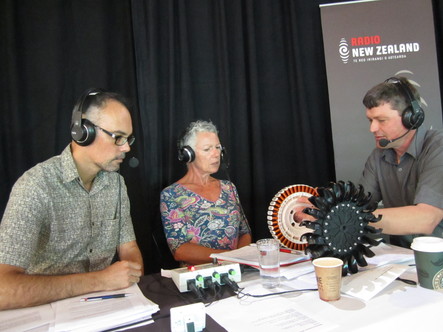 Paul Diamond and Kim Hill with Michael Lawley and a turbine

June Moseley is a former teacher at Spotswood College, who runs the local Taranaki Welsh group.