Colin’s method is pretty simple and requires no sides or infrastructure, but you need to get the quantities right! The key ingredient is straw, otherwise known as ‘old’. The principle is to end up with a layered pile of equal amounts of ‘old’ and ‘fresh’ which can be freshly cut grass, animal manures, seaweeds and garden weeds. The other ingredient is soil (that’s once you’ve added the starter to the base level and mixed with the local soil).

The idea is to add a layer, then the next layer should visually cover the next one as a guide – and you’ll need to water the straw level, only enough to get the moisture to the next level so go sparingly (we watered each straw level for around a minute on a shower setting).

Phase one will take three weeks when then pile will heat up and ‘cook’. Then phase twpo starts as the microbes move into the pile, along with the worms and they start turning the organic matter into a rich humus. 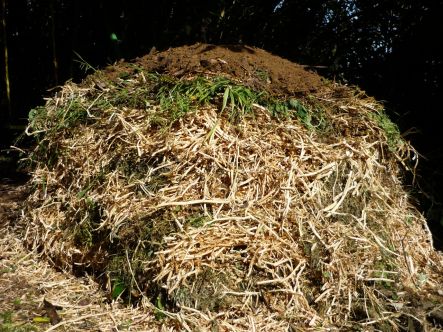 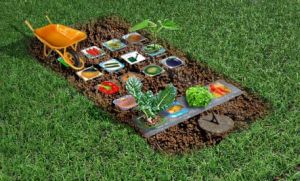