Womb with a view: when can a foetus see? 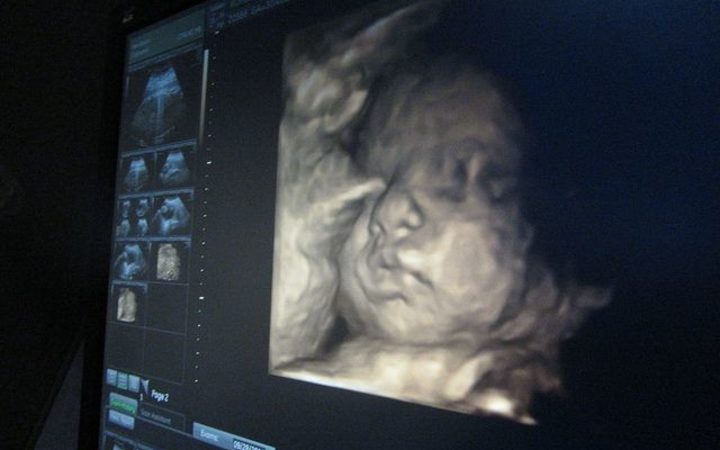 New research suggests 34-week-old foetuses can see in the womb, plus the Zika virus could be used to treat brain cancer and measuring a white dwarf star with light.

The startling research revealing what babies can see in the womb was published by New Zealander Vincent Reid of the University of Lancaster and his colleagues in the journal Cell Biology.

They used high-definition 4D ultrasound scans to study how developing babies responded to face-shaped patterns of light shone through the mother's abdominal wall.

Human foetuses open their eyes at about 24 weeks, with functional connections made between the eyes and the brain before this time.

The mothers of the 39 babies in the study were at least 34 weeks pregnant, and the researchers found that the babies could follow these projected patterns in utero, with a preference for shapes with more detail in the top half than the bottom.

The findings seem to support previous studies showing that babies are hardwired to look for faces soon after birth.

"A face presented the "right way up" relative to the baby elicited pursuit movements. An inverted "face", on the other hand, was regarded with much less interest," says Dr Chris Smith of The Naked Scientists.

"Their conclusion is that babies are effectively seeing in utero from 34 weeks and that they are clearly born with this pre-loaded intention to look at face patterns or things with more detail in the upper part of the visual world, and from much earlier than we had thought."

Meanwhile, the researchers suggest that being exposed to some light filtering through the mother's abdominal wall in utero could be important for the development of a baby's sight and visual system.

"A recent study on mice showed that you need light exposure in the uterus to prepare the eye properly so it can see after birth," says Professor Reid.