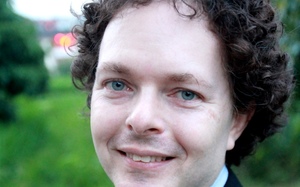 NASA and Boeing are among those making big investments in electric aircraft.

Adam Minter of Bloomberg has been reporting on plug-in planes.

Plus, an unusual approach to new product innovation by Apple.

We've grown used to those big media events where the latest iteration of a gadget is launched amid much fanfare with slightly improved specifications and a bigger price tag.

As tech commentators speculate about the launch of the next iPhone, Apple is now showing a willingness to relaunch older, cheaper phones into growing markets.

The company recently reintroduced the discontinued iPhone 6 in several Asian countries and in Eastern Europe.