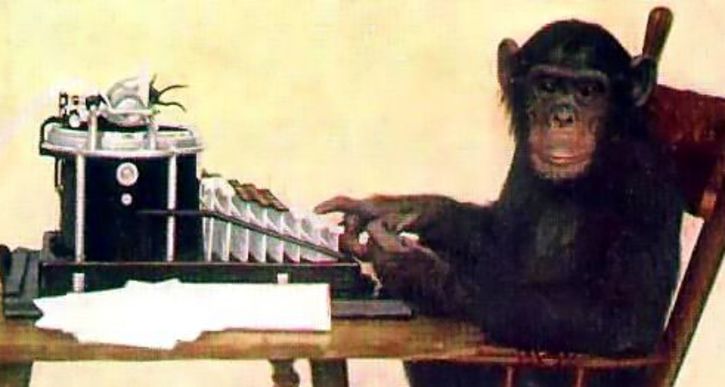 Monkeys really can type Shakespeare, and you don't even need an infinite number of them either.

A team at Stanford University has used brain computer interfaces to get monkeys to type at speeds of up to 12 words per minute.

The text the monkeys transposed included sections of the New York Times and the Bard's immortal words "To be, or not to be", as well as the lesser known "A banana, a banana, my kingdom for a banana..."

Krishna Shenoy and his colleagues reported in the journal Proceedings of the IEEE, that they had used brain implants on two monkeys in the hope the technique could be used to help paralysed patients, or those affected by conditions like motor neurone disease which affect movement.

Throw in some predictive text capability - damn you, Autocorrect! - and the team hopes it can significantly improve  the typing speeds achieved in the lab.

“Our results demonstrate that this interface may have great promise for use in people. It enables a typing rate sufficient for a meaningful conversation” - Paul Nuyujukian