NZ skin cancer: what role does where you live play?

A team of New Zealand scientists has discovered that where you live in the country could be critical to your chances of getting skin cancer, and surviving it.

They've found that melanomas here in New Zealand are unusual, genetically speaking, and this could be one of the reasons we have the highest skin cancer rates in the world.

The study, published in the journal Oncotarget by a team of researchers from the University of Otago, looked at the genetic makeup of hundreds of patients from around the country with metastatic melanoma, or skin cancer that had spread from its primary site to elsewhere in the body.

Melanoma is caused when there's a mutation in a gene that results in uncontrolled growth of certain cells, which can lead to a cancerous tumour. These genes that have the potential to turn nasty are called oncogenes, and in this particular study they looked at 20 of them.

The most common genetic mutation for melanoma happens in a gene called BRAF, with a third of melanomas here showing a change to this specific BRAF gene, a lower rate to the rest of the world.

However melanoma sufferers here in New Zealand have twice the number of mutations in another gene called NRAS, and where you live is a huge factor in determining if this NRAS gene mutates, with far higher mutation rates in the South Island than the North.

One of the authors of the study is Aniruddha Chatterjee, a Research Fellow at the Dunedin School of Medicine at the University of Otago. He spoke about it to This Way Up's Simon Morton. 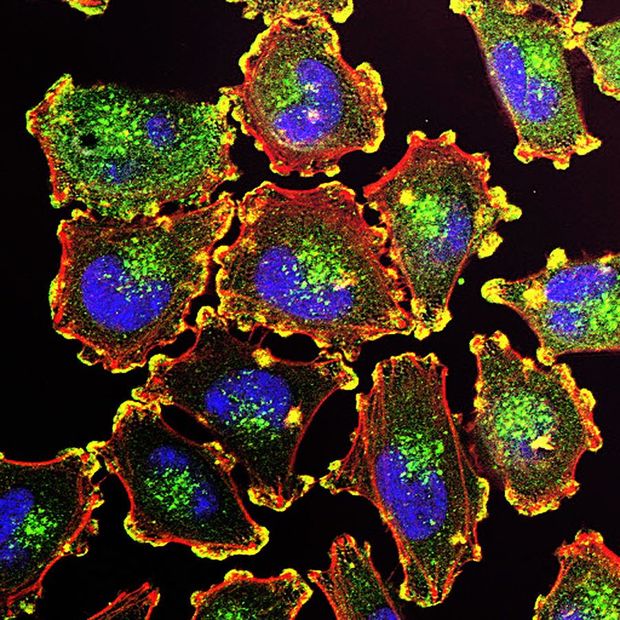