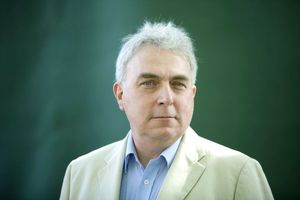 There's been a lot of coverage of gene editing over the past few weeks; from the UK scientist who's just got the green light to edit human embryos to understand why IVF success rates are so low, to editing the genes of mosquitoes in the hope of stopping the spread of the Zika virus.

All over the world, governments, regulators and communities are weighing up the pros and cons of this emerging and relatively simple technology.

From a medical perspective the idea of editing out genes that cause genetic diseases is appealing, with 7.9 million children born each year with a serious birth defect of a genetic origin.

Gene editing can also be used in agriculture; trials are underway to edit the genomes of crops for drought and disease resistance as well as creating strains of plants to create medicines and self-fertilising crops.

Meanwhile, here in New Zealand, the Environmental Protection Authority which is the government agency responsible for regulating genetically modified organisms, is currently reviewing the law in this area. Although no one has yet requested it to rule specifically on whether organisms created using gene editing technology would be considered GMOs, current case law suggests they would.

Now European authorities are about to reach a decision on whether gene edited crops should be considered genetically modified organisms. Robin McKie is the Science Editor of The Observer and he's been following the case