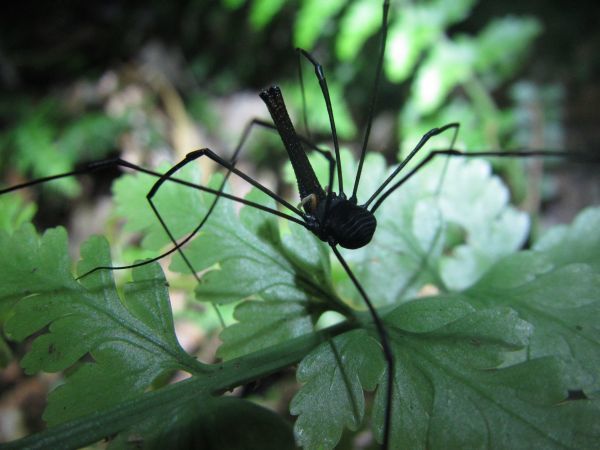 Survival of the fittest....where the individual who's fittest is the one who creates the most offspring.

Some of us try the non-evolutionary approach with aftershave or perfume, candle lit dinners or a romantic bike ride.  But if you're a male harvestmen, in the class of arachnids, having a massive set of jaws makes you very fit indeed.

In some species of harvestmen, a bug that lives here in NZ and all around the world, they've evolved whopping great jaws that are 10 times longer than their body and weigh more than half of their total body weight! That's like a human having a jaw 20 metres long...great for eating whole cows but not so flash in a fight.

Why have some of these harvestmen evolved such an extreme set of gnashers? Greg Holwell at the University of Auckland is interested in these 'exaggerated weapons' that appear throughout the animal kingdom.