Alcoholics Anonymous: does it work? 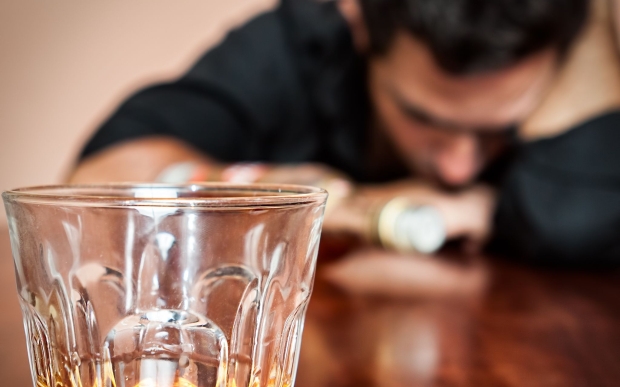 Alcoholics Anonymous has become ingrained in popular culture. Many TV shows, from The Wire to House of Cards, feature characters trying to claw their way back to sobriety with the help of the AA's 12-step programme.

In the United States, AA meetings have been virtually the only treatment offered to problem drinkers ever since the organisation was established in 1935 by a failed stockbroker, Bill Wilson. Today AA boasts two million members world-wide and, for those who genuinely commit to it, the programme claims a 75 percent success rate.

But in an article for the Atlantic Magazine journalist Gabrielle Glaser writes that evidence suggests the actual success rate for AA in the United States is less than 10 percent. "Nowhere in the field of medicine is a treatment less grounded in modern science," she writes. "If it works for someone that's fantastic, you should continue using the steps and going to meetings" Ms Glaser said to This Way Up's Richard Scott, "but this is not a one-size-fits-all problem and this is a one-size-fits-all answer which we have been slapping on people."

Ms Glaser argued that AA's abstinence only approach can be "very demoralising and very disempowering" pointing out that the first of the 12 steps is to declare you are "powerless over alcohol". "One thing we have that really persists in popular culture is that a person needs to hit rock bottom before they can recover," she said. "Researchers I've talked with say that's akin to offering antidepressants only to those who have attempted suicide, or prescribing insulin only after a patient has lapsed into a diabetic coma."

Another criticism is that AA groups discourage people from using anti-addiction medicines to control their drinking.  Gabrielle Glaser said that while AA officially has no position on the use of such drugs "anyone can start a group and anyone can lead a group and depending on the attitude of the head of the group...  it can be very controlling." She said that's unfortunate because some drugs like Naltrexone and Antabuse have clinically proven success rates of between 25 and 78 percent.

Gabrielle Glaser's article has provoked a strong reaction. A week after being published it had attracted more than 9,000 comments. Ms Glaser says one common theme in those responses is the failure of AA to deal with underlying causes of peoples' drinking, like anxiety or depression.

"In AA those are considered outside issues. Alcohol is the problem, it's seen as the only problem and once you get that under control everything else will fall into place. This may have been what we believed in 1935 but we know a lot more about mental disorders now. A lot of people out there drink in order to keep their anxiety under control," she said.

This Way Up spoke to an addiction specialist as well as the Alcohol and Drug Association of New Zealand. They said that while New Zealand doctors and alcohol help-lines might recommend people attend Alcoholics Anonymous meetings, this would normally be as part of a wider treatment plan. That plan could also include professional therapy, medication and whanau support.

A spokesperson at Alcoholics Anonymous New Zealand head office in Wellington acknowledged that AA is not for everyone, but they also said they don't believe that many of the criticisms contained in Gabrielle Glaser's article are valid, especially here in New Zealand.

If you want help or advice about your drinking or want to get help for someone you know, you can call the Alcohol Drug Helpline on 0800 787 797 or visit Alcohol and Drug Help NZ.